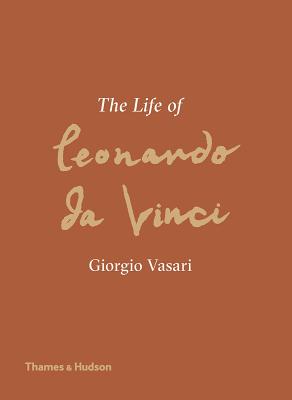 By Giorgio Vasari, Martin Kemp (Introduction by)
$14.95
On Our Shelves Now

A long-awaited new translation of Giorgio Vasari’s “Life of Leonardo da Vinci,” illustrated for the first time, that preserves Vasari’s compelling narrative and respects his meaning with a new precision.

Giorgio Vasari’s Lives of the Most Excellent Painters, Sculptors, and Architects (1550 and 1568) is a classic of cultural history. In his monumental assembly of artists’ lives, no life is more vivid than that of Leonardo da Vinci, a near-contemporary of Vasari. Illustrated with the works of art discussed by Vasari, and including a selection of Da Vinci’s studies of science and technology, The Life of Leonardo da Vinci paints an intriguing picture of the progress of art in the hands of the master. Succinct notes also provide new insights in light of modern knowledge of Da Vinci’s career.

This beautiful gift edition offers a literary translation by eminent scholar Martin Kemp that respects the sixteenth-century Italian, transposing Vasari’s vocabulary into its modern equivalent. Translated in partnership with Lucy Russell, the text will be the first to integrate the 1550 edition and the expanded version of 1568. This fascinating and accessible read coincides with the five hundredth anniversary of Da Vinci’s death.

Martin Kemp is emeritus research professor in the history of art at Oxford University. He is a leading authority on Leonardo da Vinci and his bibliography on the artist includes Leonardo; Leonardo da Vinci: Experience, Experiment, Design; and La Bella Principessa: The Story of the New Masterpiece by Leonardo da Vinci.

The Life of Leonardo da Vinci: A New Translation (Hardcover)